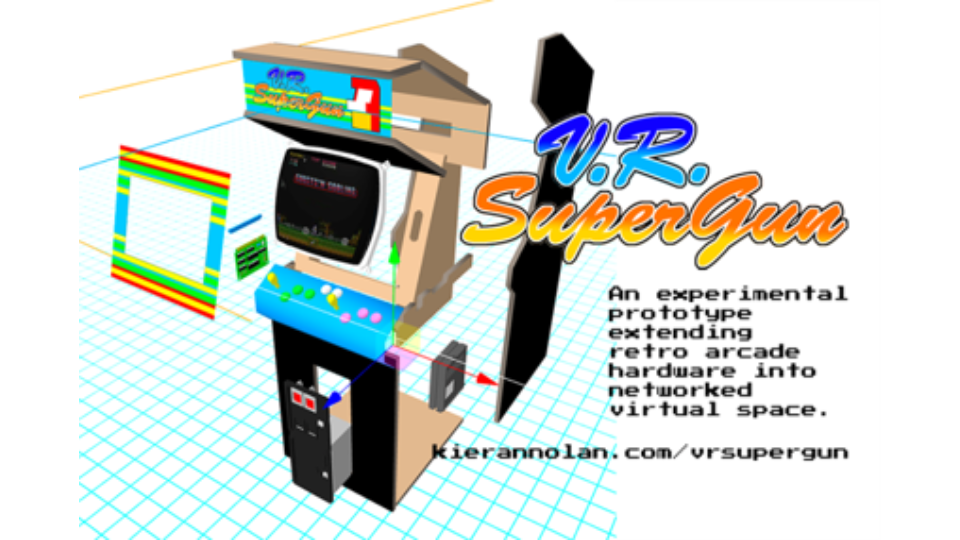 か＞
【出展カテゴリー】インディーゲーム（選考出展）
【プラットフォーム】PC
【プラットフォーム】その他
【VR対応】その他
K
Game Title：VR SuperGun
プラットフォーム： PC・Other・WebVR compatible browser on Desktop PC, or Oculus Quest with custom controller
URL： https://vimeo.com/360043737
Webサイト：https://kierannolan.com/vrsupergun
内容：VR SuperGun is a custom hardware and software solution allowing players to connect with original arcade platforms over a network connection, while reconstituting the material form of the arcade cabinet in digital space. It extends the format of the standard SuperGun, a device that contains the wiring of an arcade cabinet in consolised form.This virtual arcade shell visually recreates the presence of a full size arcade cabinet in interactive 3D space, including its internal design and electronics. In addition to playing the game presented, the user can inspect the cabinet and it’s surroundings, while accessing the technical specifications and history of the game and cabinet.The network aspect of VR SuperGun extends access to the attached game board to remote participants, facilitating long-distance cooperative play. As arcade games move from public space to private collections and museum exhibits, this hands off access allows player access while causing no damage to the arcade cabinet’s physical enclosure.VR SuperGun attempts to bridge the gap in-between the authenticity and tangibility of experiencing arcade gameplay through original hardware and in situated space around the arcade cabinet, netplay, and the gameplay spectatorship afforded through live streaming.In the context of game art and media art it uses the material of the JAMMA hardware interface to explore the boundaries of interfacing with the complete arcade machine through remote digital means, providing a meditation on the physicality of hardware both in its form and situated environment, alongside the representational experience of these aspects through software.VR SuperGun’s graphics are delivered in a low polygon style mid-1990s arcade vector graphics aesthetic. By using an A-Frame WebVR enabled interface VR SuperGun is accessible from basic desktop and mobile browsers as flat 3D, and also through WebVR compatible Virtual Reality, Augmented Reality, and Mixed Reality headsets. 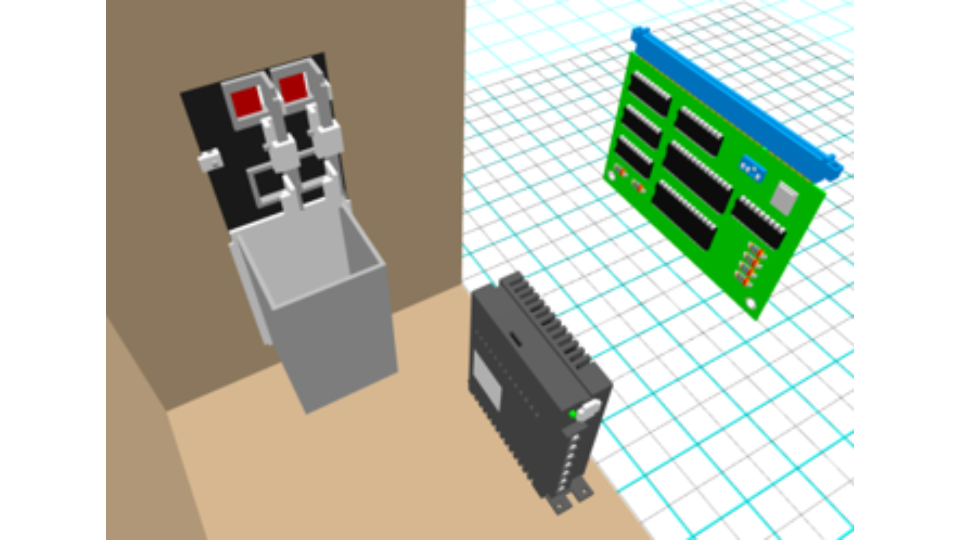 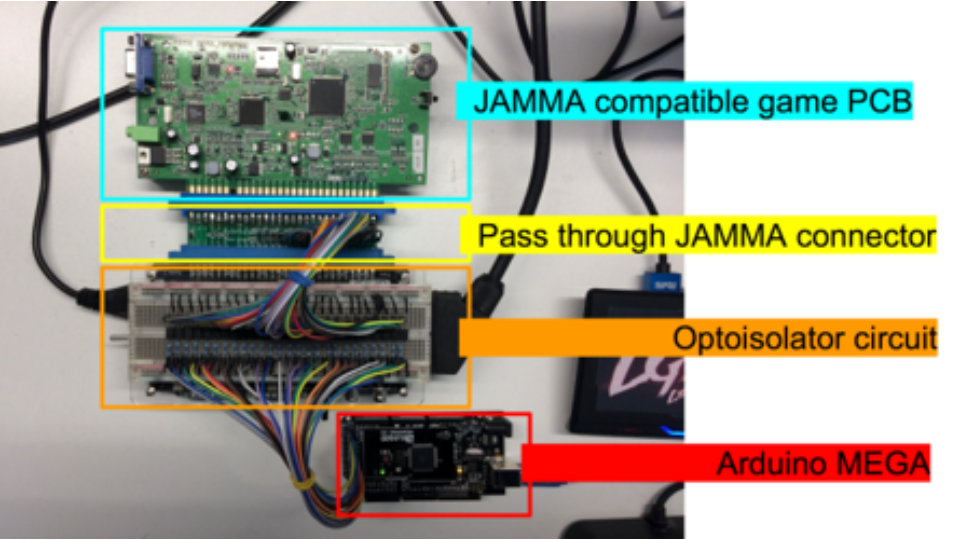